Burden of proving genuine use

has registered both the word and figurative mark MAXUS in 1996 at the German Patent and Trademark Office for the classes 1 through 9 and 11 through 34. Maxxus Group GmbH has sought action for a declaration revoking Globus’ marks on the ground of non-use in 2019. Maxxus supported its claim stating that Globus hasn’t used the marks over the past five years. In addition, Maxxus stated that it has browsed Globus’ webshop in which two results emerged. The results referred to a beverage store in Germany operated by a connected company to Globus. According to investigation, using a detective agency, it appeared that the store didn’t sell beverages containing the MAXUS trade mark. Globus disputed the contentions and stated that it used both marks at issue in such a way to preserve its rights over them. By not procuring more facts, Maxxus had fallen short of its burden of proof under German law, according to Globus.

German procedural law imposes next to the burden of setting out the facts for the plaintiff, a reciprocal obligation on the defendant. Each party is obligated to carry out investigations in their own sphere of activity. The referring court took the view that the Judgement of the Ferrari-case[1] doesn’t preclude the applicant from bearing a burden of setting out the facts. Therefore the following questions are referred to the CJEU.

Questions for a preliminary ruling:

Ruling by the CJEU

The rejected that Article 16 and 17 are relevant to answering the preliminary question and therefore answers the question solely in the light of Article 19. And according to Article 19(1), the question of the burden of proof in respect of genuine use does not constitute a procedural provision falling within the competence of the Member State.

The CJEU stated as following: ”It is the proprietor of the mark at the best place to adduce evidence in support of the assertion that its mark has been put to genuine use”. This doesn’t mean that there are not standards for the application for a revocation of a trademark. According to the CEJU: “that the applicant, in a given procedure, does not have to bear the burden of proof does not necessarily release that party from the obligation to provide a full statement of the facts upon which it bases its claims”.

The CJEU concludes with: “however, it is clear from Article 19 of Directive 2015/2436 that an application for revocation of a trade mark on the basis of that provision is founded on the claim that the mark has not been put to genuine use by its proprietor. Such a claim, by its nature, does not lend itself to a more detailed statement”.

Thus the applicant is still not released of the burden of setting out facts as a basis to the revocation claim of a trade mark. However, the CJEU does conclude that the best place to procure evidence for genuine use is the proprietor.

Thus, before initiating an application for revocation on the ground of non-use of a trade mark, be aware that you must conduct an appropriate investigation to prove the non-use of that trade mark. 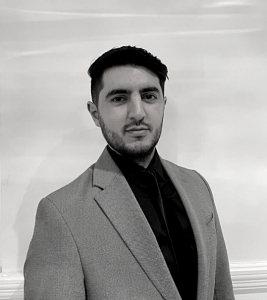