Indemnification and IP infringement: a matter regarding shoes

It has become lucrative for businesses to generate revenue through sourcing and purchasing goods elsewhere. However, these businesses must also be aware of the accompanying risks in doing so. If the purchased goods constitute an infringement of intellectual property rights of a third party, the purchaser could be held liable for the damages resulting from this infringement. In a recent case, this issue is addressed by the court of appeal (hereinafter: the Court) in the Hague. This blog post discusses this particular case and more specifically what a purchasing company could do in order to guard itself against liability in case an occurs.

Van Caem Sports (hereinafter: VCS) is a store specializing in sports goods. In 2013 VCS purchased Converse shoes from EN-S Sports (hereinafter: EN-S) twice. Subsequently, Converse sued VCS for trademark infringement and ordered VCS to pay the damages for the sale of the infringing shoes. The issue in the present case was whether the infringing shoes were supplied by EN-S and whether EN-S is obligated to indemnify VCS for the damages it must pay as a result of .

In the ruling at first instance, VCS's claims were rejected as VCS was unable to provide sufficient evidence. VCS only submitted unverifiable statements from its Business Controller and CFO, but no verifiable data from its records showing the path taken by the two batches of shoes supplied by EN-S. After that, VCS lodged an appeal.

This time around, the Court held that VCS had succeeded in proving that the shoes originated from EN-S. The trademark infringement in the main case was not based on the fact that the shoes were counterfeit, but on the fact that the shoes had not been marketed by Converse in the EEA. As a result, the question of whether the shoes were counterfeit was not of relevance. Since the Court was of the opinion that no exhaustion of trademark rights had taken place, the shoes were not freely marketable in the EEA. Moreover, the Court ruled that EN-S is obliged to indemnify VCS on the basis of the indemnification statement and a closed chain of administration. As EN-S could not further invoke VCS's own fault or estoppel, the Court was of the opinion that the claims of VCS are admissible if EN-S does not succeed in to the contrary.

This case clearly shows that it is of utmost importance that a purchasing party is able to provide evidence that the infringing goods seized are the same goods sold and delivered by the contracting party. In the present case, the Court ought the indemnification statement including a lawyer’s letter and a closed chain administration to be sufficient as evidence.

At BG.legal we can help you gather this evidence by, inter alia, drafting an indemnification statement including a lawyer's letter as well as assisting in the establishment of a closed chain of administration.

If you have any questions regarding , please do not hesitate to contact us. 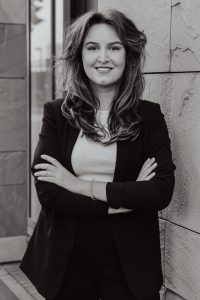