Recently, the Rotterdam District Court addressed the question whether an advertisement (“ad”) text on (a Dutch variant of Amazon) is protected by copyright. The court mentioned a number of elements in which creative choices can be made in a text with objective content[1].

Plaintiff sells BBQ gloves on Bol.com, and had an ad text written by a third party for its ad on the platform. Plaintiff also obtained the copyrights to the text. Defendant in this matter copied the ad text almost one-to-one in its ad for BBQ gloves. Even mistakes in the text were copied. The plaintiff summoned the defendant to stop infringing its copyright, after which the defendant partly changed the ad text.

The plaintiff, on the other hand, believes that the creative choices made are in the length of the sentences, used word choices, sentence construction as well as the explicitly chosen information and bold text, how the information is represented and in the layout of the text.

Copyright
The court held that “a collection or certain selection of elements not protected in themselves, may be an (original) work, provided it bears the personal stamp of the creator.” The ad text contains factual information, but because it was incorporated into the text in a free and creative manner, the ad text enjoys copyright protection. The court also points out that the plaintiff was not asking for protection for some (enumerated) words, but for the text as a whole.

The court does not go along with defendant’s defence that it does not appear that the third party has drafted the ad text for the BBQ gloves. However, the order confirmation clearly states that it concerns “Product description BBQ gloves Xamax”. The court concluded that the plaintiff must be regarded as the owner of the copyrights on the ad text.

The defendant argued that his ad text was based on the ad text of the plaintiff on Bol.com, that he copied the text and adjusted it on some points. However, it appears that the defendant copied the text one-to-one, including the language errors in the text. The plaintiff made two adjustment, changing the trademark and the heat resistance from 500 °C to 800 °C. Thus almost a complete reproduction of the ad text. According to the court, it is established that the defendant has infringed the copyright of the plaintiff.

De court’s view is that after the adjustments in the ad text, the defendant has sufficiently deviated from the plaintiff’s text. Therefore, there is no infringement on the plaintiff’s copyright from that point onwards.

Damages
If the defendant had asked permission to use the ad text, the plaintiff would have charged a licence fee of € 140. This amounts to the price paid by the plaintiff for the ad text. Since it has been established that infringement has taken place, the court awards the damages determined at € 140.

As the infringement was of a very short duration in combination with the ranking of the plaintiff’s ad against the defendant’s ranking, the court rejected damages for reduction of the exclusivity value of the ad. The plaintiff was in fact at the top of page 1 (of the 17 pages) with comparable gloves on Bol.com. In order to get to the defendant’s ad, one had to scroll far down.

Profit remittance
The plaintiff claims that the defendant has made a profit by using its ad text. According to the defendant, the consumer’s choice will be influenced by the ranking, brand and price of a product on Bol.com and not so much by the ad text.

The court follows the defendant’s defence and rejects the profit remittance. In doing so, the court distinguishes the subjective and objective content of a text. The copyright protection is only applicable to the , which in this case is characterized by the length of the sentences, used word choices, sentence construction as well as the explicitly chosen information and boldfaced text, how the information is represented and the layout of the text, according to the court.

Do you have questions about copyright, want to have your ad text checked or want to take action against the use of your ad by someone else? any of our specialists.

[1] In this case, factual information regarding the offered product.

[2] For a work to be protected under copyright, it is required for the work to have an own and original character and needs to bear the personal stamp of the creator, according to Dutch Copyright law. 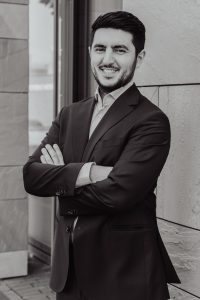